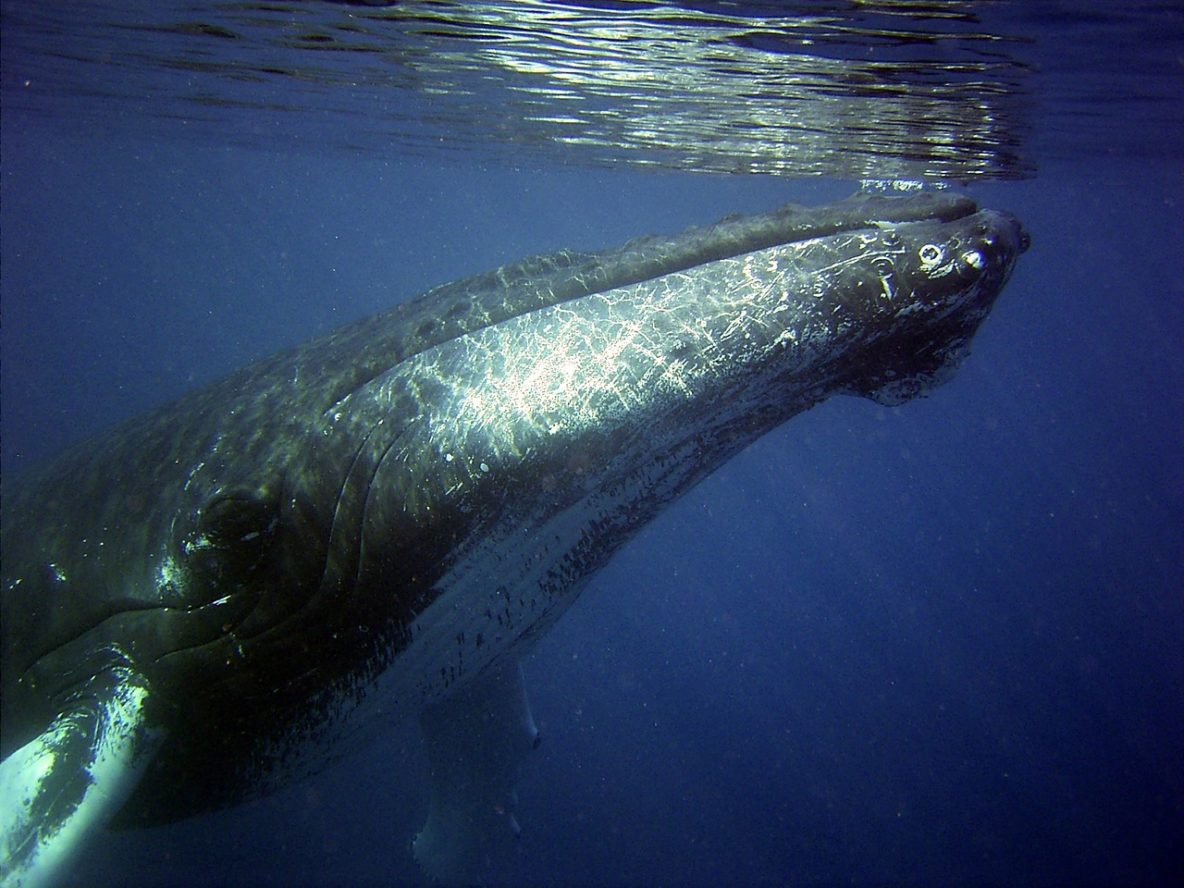 Whale watching in Hawaii is one of the top-rated activities. Every year different types of whales are seen in Hawaii, thousands of humpback whales migrate to Hawaii from Alaska during the winter months, making their stay in Hawaii seasonal. But there are other whales that grace the waters of Hawaii year-round!

Types of whales in Hawaii

Maui’s most popular whale residents are the humpback whales. As we mentioned, they are seasonal inhabitants, but they return every year to mate, give birth, and enjoy the warm tropical waters.

Although the humpback whales can be found in Oahu, Big Island, Kauai, and outer islands, they are most populated in the Maui Nui Basin which is settled between Maui, Kahoolawe, Lanai, and Molokai, It is fairly shallow and offers reef areas that act as safe nurseries for mother humpback whales giving birth or with their young.

Humpback whales are a type of baleen whale, the largest mammals on earth and there are more than a dozen species of them! They are called baleen whales because they have baleen, a fringe-like filter in their mouth used to capture small fish and plankton for food!

Another characteristic that differentiates baleen whales from toothed whales is the pair of blowholes they have (other types of whales only have a single blowhole). Humpback whales are also known for their large pectoral fins and fluke (or tail) markings that are unique to every humpback whale.

Humpback whales can weigh 30-50 tons—that’s 60,000 to 100,000 lbs! Female humpbacks are actually larger than males, ranging from 49-52ft, whereas adult males are 43-46 ft long, the size of a school bus! Humpback whales live to an average of 50 years and don’t have many predators, except the Orca (killer whale) that preys on young humpback whales.

Humpback whales engage in many surface behaviors including breaching, spy-hopping, pec, and tail slapping; these are used to communicate with each other. They also sing beautiful songs, which we can hear when we place a hydrophone into the water! This song is sung solely by male humpback whales, but mom and calf pairs use quiet vocal noise to communicate with each other during migration.

Although the humpback whale population is one-third of its original population, the protections that have been put in place have helped the population begin to recover and we see more baby humpback whales every year! You have an excellent chance of seeing Humpback whales in Hawaii if you visit during the migration months of December through April!

The humpback whale’s top predator, the majestic Orca or Killer Whale, is rarely seen but has been spotted around the Hawaii island chain. Although their name calls them whales, Orcas are actually a part of the Delphinidae family, also known as oceanic dolphins. Orcas are found across the globe, but most reside in colder waters of the Antarctic, Norway, and Alaska. Transient killer whales find their way to Hawaii but stay far from shore, living in pods of 20 or more animals and using underwater sounds to communicate with each other.

Killer whales are also mammals, ranging between 20-30 feet in length with a distinct black and white color and sharply shaped dorsal fin. Orcas feed on small mammals including other whale calves and can live up to 90 years old! They are known for their fierce hunting and intelligence. Although spotting these whales while visiting Hawaii is rare, keep on the lookout, you never know what you may see!

Also known as pseudo-orcas, false killer whales are apex predators, feeding off large pelagic fish and other marine life. Although false killer whales got their name because of their similar skull shape to their flashy name-sharing cousins, they are distinctly different, solid black or dark grey in color and smaller in size. These mammals are very social and are known to spend time with other members of the dolphin family.

Blue whales are one of the rarest whales to be seen in Hawaii, and most confirmations are not sightings but sound recordings of their songs (their call is the loudest animal sound in the world) around the islands throughout the year. The Blue whales are endangered and were targeted by commercial whalers in the 1900s, there are estimated to be only 10,000- 25,000 globally, which is less than 10% of the population that was present in early 1900.

The blue whale population is steadily growing every year since we have reduced commercial whaling. These whales are so large ( about 80 feet long and up to 300,000 lbs) that there are no natural predators to adult blue whales (except humans), giving them long life expectancies of 100 years. One of the coolest facts about blue whales is that their hearts are 5 feet long, and their babies are born 26 feet long and gain 200 lbs a day feeding on their mother’s milk.

Although the only recorded sighting of blue whales in Hawaii was in the 1960’s we still keep our eyes open for these massive blue giants.

Melon-headed whales, Blainville and Cuvier’s Beaked whales, Pygmy Killer whales, Dwarf Sperm whales, Short-finned pilot whales, and Sperm whales are also present in Hawaii. Many live offshore so sightings are rare and because they are rare most of us wouldn’t even know how to identify them! They vary in size, color, and population, but all need our protection and support.

Respect and research help us protect these amazing whales and dolphins in Hawaii! Every ticket with Ultimate Whale Watch and Snorkel helps us support marine research groups like Whale Trust, Keiki Kohola, Cascadia, SCRIPPS, Hamer, NOAA, UH, and many more that spend time gaining information on our whales and dolphins in Hawaii and how our ocean environment affects them.

We also work as first responders with NOAA’s whale entanglement response team to respond to whales that may be entangled with fishing lines, nets, or other hindrances. NOAA’s team has successfully disentangled 97 whales since the 1990s and continues to research, educate and protect Maui’s marine life.

Want to learn how to better support Maui’s marine research? Contact us!

How many types of whales are there in Hawaii?

There are actually a lot of types of whales in Hawaii, including the humpback whale, southern right whale, Beluga whale, and sperm whale. These marine mammals are all found throughout the Hawaiian Islands and can be seen from boats or from shorelines during migrations.

What kind of whales are in Hawaii?

The humpback whale is the most common type of whale found in Hawaii. These gentle giants can reach up to 30 feet long and weigh up to 150 tons, making them some of the largest animals on Earth. They are well known for their singing capabilities, which can be heard from miles away!

Other types of whales that can be spotted in Hawaii include sperm Whales, Killer Whales, dolphins (tricycles), and porpoises.

Are there killer whales in Hawaii?

There are no killer whales in Hawaii it’s very rear to see in Hawaii, but there are a number of other species of marine mammals that can be found in the state. These include dolphins, sea lions, and seals.

Are there orcas in Hawaii?

There are currently no orcas living in Hawaii, but that does not mean they haven’t been here at some point in the past. Orcas were once widespread throughout the world’s oceans, but overhunting and pollution led to their extinction in the early 20th century. Today, there are only around 250 orcas remaining in the wild and most of them reside in captivity or areas near human settlements.

when is whale season in Hawaii?

Whale watching in Hawaii is typically busiest between December and March, but it can vary depending on the species of whale that you are interested in. The best time to spot whales may also depend on the weather conditions – for example, if there’s a lot of rain or wind, then whales may be less likely to come close to shore.